This week I’ve been working on bugsquashing a lot, but I also added some important automation features. One of them is mostly targeted for the lategame when you’ll want your towns running on their own and providing your adventurers with supplies automatically. Another of them is an overhaul of scouts which now explore surroundings automatically. Both features are not completely working yet (e.g. big towns also produce useless old weapon types sometimes, and scouts run into enemies with higher action range than them), but that’s a subject of long improvement.

Watch out, I’m going to make a broader test soon before the demo. Depending on test’s results, I’ll make a decision of postponing the demo: because having proper financial state (I’m not in a one because of forced immigration) at the time of demo release would allow this game to gain more from this steam next fest; there are a lot of things to improve yet. Anyone who would be frustrated by the fact that it’s postponed, can request to become a playtester (that for that!). But if everything about understandability and stability will turn out fine as it is, the demo will happen this nextfest!

Also, this week two very cool important games came out: Cantata and Songs of Conquest. One of them features turn-based factory-building too (but in different approach), other one is a continuation of Adventure Strategy gameplay. I advice checking out both.

Thanks for reading! Here is the changelog: 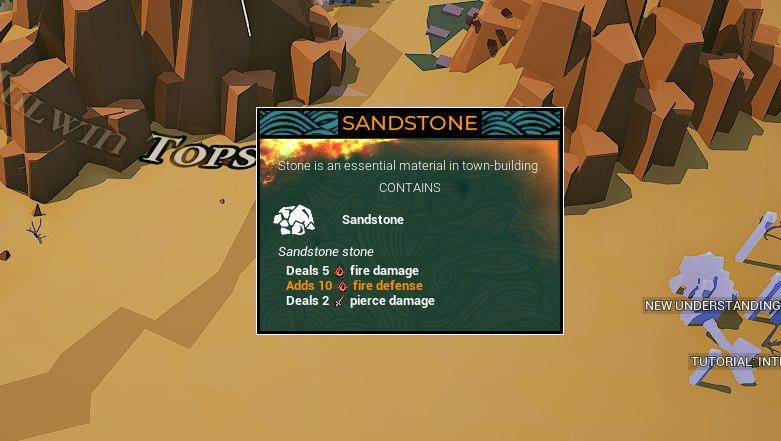 The most important feature added in this list is a battle engagement effect. Now when you place a movement order, it will immediately display that battle is about to happen. Because now all battles are visible in advance, it became much easier and convenient to play. I’ll show the effect soon in a video.

I won some reddits again with a simple low-effort post about item rarity colors. I always loved feelings item rarities gave in ARPGs and I was intended to do a similar thing here from the beginning. Now finally here it is.

Here is a changelog. Not so big as previous ones, though. 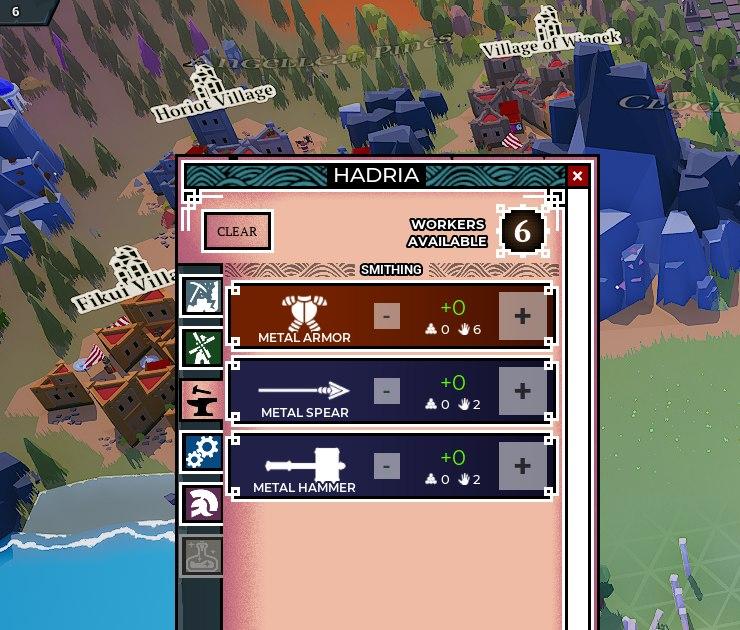 Past two weaks I’ve shown the game to multiple new people and done a lot of playtests. They seem to like it ^_^ Steam NextFest is really soon, I hope I’ll be able to deliver good enough experience for you guys.

I also partially got back to work, so less changes this time: but there is still a lot of important bug fixes, such as movement algorithm fixes; small details and improvements; shortcuts (you can increase production using only keyboard now); some new content (different kinds of scrolls for Spell Scrolls), features and rule changes (advanced productions take one house now).

That was really motivating four days with a lot of new ideas and implemented features. From important things: spell scrolls now are implemented - these are group-wise spells that consume items on use. They need to be created from scrolls. Other thing is projectiles for weapons like bows. Now you’ll have to supply different kinds of projectiles like in factory games.

Here is a huge changelog.

Immigration is hard, and also putin now threatens to attack country I moved into. But I’m working on this project, playtesting and designing stuff is great as always. Preparing demo build requires a lot of old issues to be solved so that the game will feel closer to what I want. Here are this week’s changes:

Good/bad news! Due to moving to Sweden as an asylum seeker and waiting for a exemption from a work permit, I’m now officially unemployed! But on the other side, my dream of becoming a full time solo indie game developer has fulfilled. So, this week’s changelog is going to be really big

Now I can finally work on the game while I’m waiting for some legal steps to happen. We did a first playtest in a while, the last one was 1.5 months ago. A fresh look (sort of), allowed me to get lots and lots of new ideas and usability improvements, but I started to implement only some of them, because my main task now is working on a public demo. There was a demo long ago, but I want this one to be an awesome, controlled experience with procgen stripped out.

I also changed my text editor theme to white. Wow. So, here is the next changelog.

This month there were no updates because these terrifying events happened. A full scale russian invasion beginned with series of rocket strikes on my beloved Kyiv. I’m not a soldier, so I left Ukraine after 10 days and now only participating in the information war.

As I settled after a very long path through Europe, I could make some tiny updates to the game as a rest activity. Long delay also means a fresh look, I’ve got new ideas and implemented some of them. I also started to learn Swedish and asked people about their local folklore. So, maybe some deeper Scandinavian lore is coming later.

This week I’ve been mostly working on fixing bugs: I got rid of a lot of them, but there are a lot more. Besides from that, I’ve done quite many small improvements and additions. Most important one, I think, is an improvement of melee battle movement algorithm. I showed how it works in this tweet. With latest improvements, creature are more likely to form lines, while not missing an opportunity to attack. Before, they could often jump through the enemy line to attack them, and that looked a bit strange. And lines are essential for wall shield abilities that I’m planning to implement soon.

Time for a new changelog update! I’m returning to pre-covid efficiency (got sick in January), though, it’s hard to say if I done less when I was sick, because I was making a Steam page and finishing a trailer. By the way, that kind of work is much harder than programming!

This week I conquered a subreddit with one post, Characteristics in /r/magicbuilding. Also, I fixed quite big amount of bugs and made something essential for a 4X game: sound a visual effect for fog of war reveal! See it here. This video also shows another visual update: new animation of next turn movement visualization when you assign movement order for your creatures. This makes simultaneous turns gameplay more convenient, and adds a lot of feedback when you right click.